1. Start the quest by talking to Hardin in Hardin’s Private Academy. 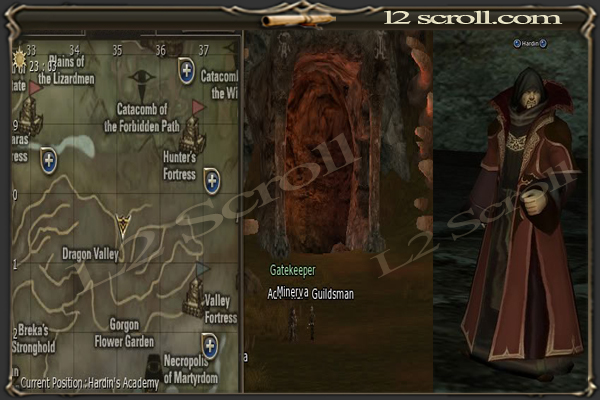 2. He sends you to Goddard Castle Town to High Priest Gregory. 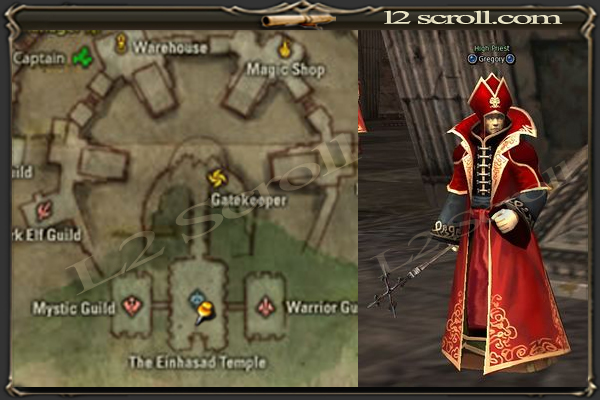 3. Gregory sends you off to Hot Springs Area to Information Broker Bavarin  who has some information on Tablet of Visions. 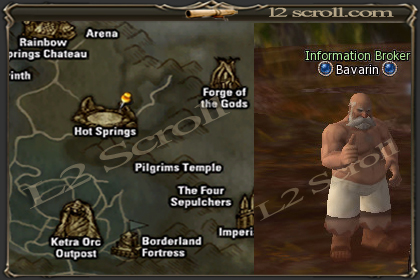 4. Bavarin tells you that he will help you if you bring him an Ice crystal (Cryolite) from Chef Jeremy.

5. Now you'll need to visit Chef Jeremy in the Hot Springs area too. You can get some ice crystals if you make The Finest Ingredients - Part 1 quest from Chef Jeremy.
7. Return the Crystal to Bavarin and he will give you the Ancient Language Dictionary.

8. Now, return to High Priest Gregory in Goddard and he will send you to first Tablet of Vision south of TOI.

9. The first Tablet Of Vision is location near the Northern Pathway of Enchanted Valley at the east-end of the river. The tablet then reveals the location of the second "Tablet of Vision". 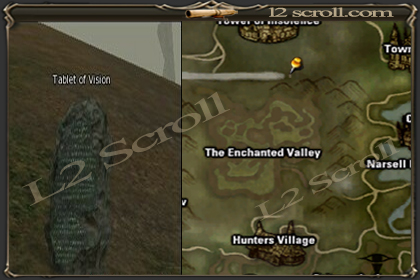 8. Go to the Valley of Saints, second Tablet Of Vision . It's surrounded by quest monsters (Guardian of Forbidden Knowledge, big female angels). Click on Tablet of Vision #2 and you're told to kill *all* of the Guardians of Forbidden Knowledge. When you kill them you will get Stone of Commune. Communicate with the tablet again and get Resonance Amulet - 2 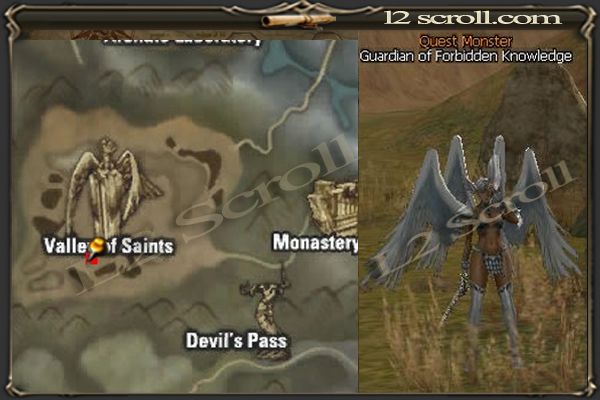 9. Now go to the third Tablet of Vision in Wall of Argos.Speak to the Tablet of Vision and Archangel Iconoclasis will spawn and you must kill it solo without any outside help or healing or it will disappear. It will also spawn some balls with name Hell Fire. When you kill the Iconoclasis, you will get Resonance Amulet -3 and speak to the Tablet again. Now, go to High Priest Gregory in Goddard.

10. Gregory says he needs a Divine Stone of Wisdom. To get it you have to do a choice:


11.When you have the Stone of Wisdom return to High Priest Gregory in Goddard. He gives you Resonance Amulet – 4 and tells you to go to the next tablet of vision.
12. Go to the fourth Tablet Of Vision that is located not far from Ketra Orc outpost and talk with it. After back to to High Priest Gregory in Goddard. He sends you to kill Archon of Halisha. 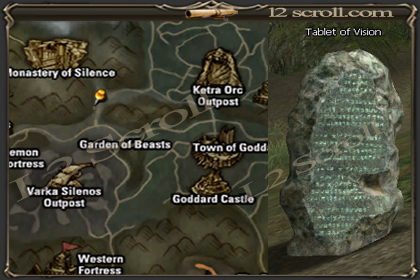 13. You are very close to the end of the quest.Go to Wall of Argos and walk to Shrine of Loyality. You need to kill 700 mobs and on the 701 he will  appear. You can be in party to get the itens more fast but you have to kill Halisha solo. You will get the 5th Amulet.(you could also go to the option with 4 sepulchers but is a much harder). Monsters to Hunt: Grave Scarab, Scavenger Scarab, Grave Ant, Scavenger Ant, Shrine Knight and Shrine Guard. 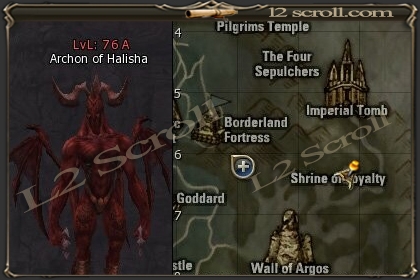 14. After kill Halisha and get 5th Amulet go to the 5th Tablet. It is in Wall of Argos too. Talk with it and it will send you to the center of Forest of Dead where the sixth and last Tablet of Vision is. 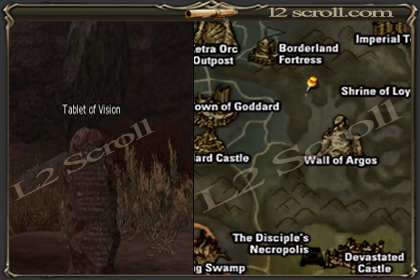 15. Go to Forest of Death in Rune area. Talk to the Tablet of Vision. Then, a quest monster Lich King Icarus and a NPC Hindermith will appear. Talk to Hindermith and immediately then help him to kill the Quest Monster. (the quest monster may disappear when it has very low HP) 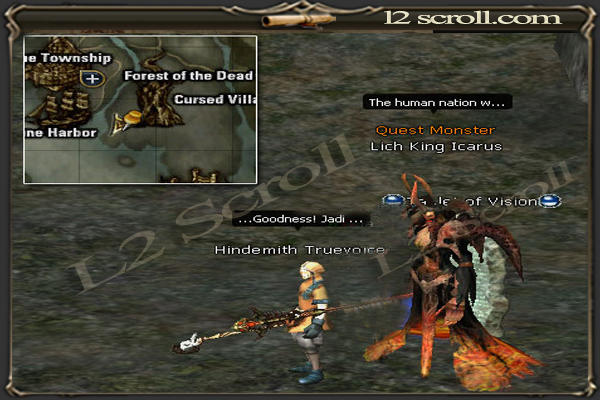 16. When the monster died or disappears, talk to Hindemith and you will get Resonance Amulet – 6. Now speak to the Tablet of Vision again.

17. Now go back and talk to Hardin in Hardin’s Private Academy.

Congrats! You are now a Soultaker !