October 12, 2015
The quest can be started at lvl 19, but I advise just start at Level 20 because the new skills will only be available at this level.

1. Talk to Collector Pipi in Bronze Key Guild building in the northwest ofthe Dwarven Village. She will give you Pipi's Letter Of Introduction. 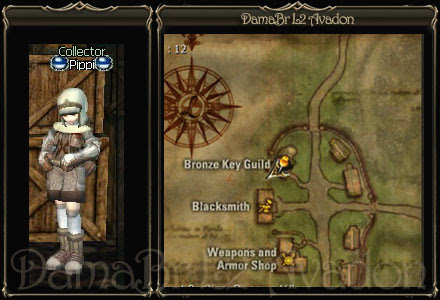 2. Take the letter to Trader Mion in the magic shop at the south of town. Mion is Master Toma's sister, and she will let you know how to find her brother.Mion will ask you to make some deliveries to local area merchants first. 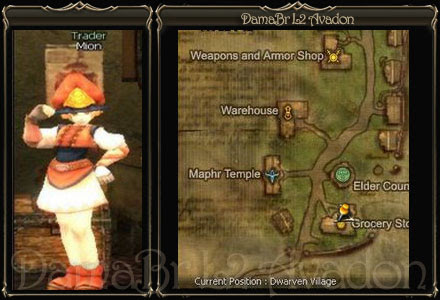 3. She will make you do up to 5(or more) errands for no appearent reason.She will ask for Zimenf's Potion, Broak's Ingot and Sharil's Axe. After will ask you too tp take iten from Blacksmith Bronk inBlacksmiths Shop, Priest of the Earth Zimenf in Maphr Temple and TraderShari in Weapon & Armor Shop.

4. Once you complete her tasks she will give you a letter to her brother, as well as instructions on how to find him.Master Toma likes to wander around Dwarven Island, exploring the area. He can be in one of the three locations: 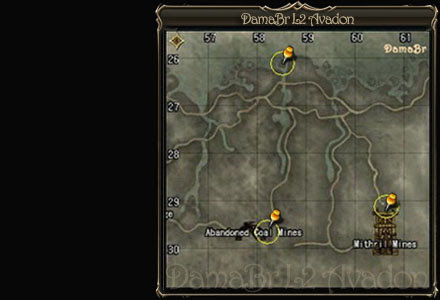 5. Once you find Master Toma, he will ask you to bring him some honey from Honey Bears.You will need to kill some (20-25) Hunters Bearfirst, to see a Quest Monster Honey Bear. You need to spoil (but do not need to sweep) the Honey Bear to get a Honey Jar. Prepare to spend some time - you will need at least 5 jars to appease Toma's sweet tooth. 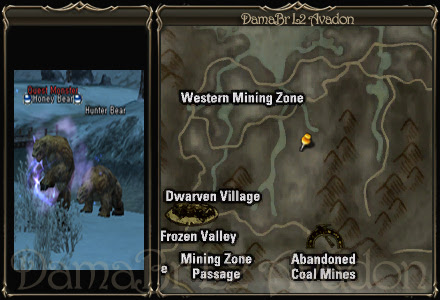 6. Find Master Toma again and give him the jars. He will give you a Tarantula Pic. 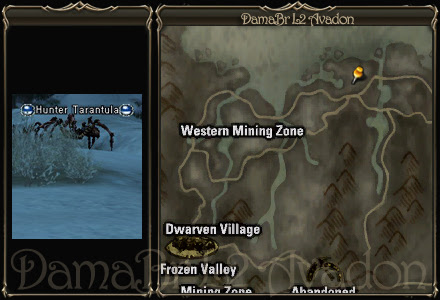 8. Track down Master Toma yet again, and give him the beads. He will give you a Bead Parcel, and send you to Gludin. Talk to Warehouse Keeper Raut in Gludin. He will ask you to bring a scroll of escape (not usable) to his nephew who ventured into the far reaches of the land in search of sales opportunities. In short - you will have the oppurtunity to travel to the Dragons Valley and find a dwarf to give him the scroll. will take the parcel, and give you Rout's Teleport Scroll. 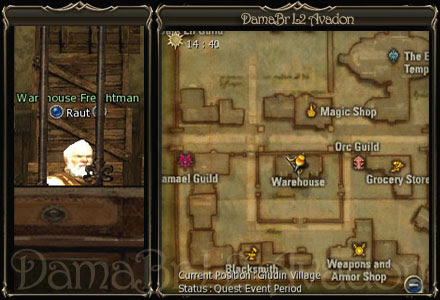 10. Take the scroll to Torai near the west end of Dragon Valley.He will give you Succubus' Undies. Be VERY careful, as any monster in the area can kill you in 2 hits.. 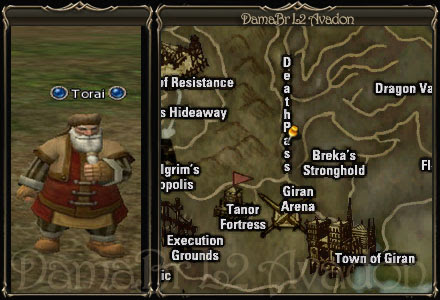 11. Return to Warehouse Keeper Raut in Gludin. He will take the undies and give you a Ring Of Raven.

Congratulations!!!! Once you reach level 20, talk to Master of your Guild and take your 1th profession.