This quest must be done in Kamalokas Hall of Abyss. It is the same in all Kamalokas, only change the name of itens to get and the last NPC that is always a Magister in the temple of city you do the Kamaloka.

NOTE: The screen are from Dion but the process is the same in all Kamalokas quests.

1. Get the quest in Captain of Kamaloka. He will ask you to get 2 Mutated Cellular Tissues, one of each Kamaloka in the city. 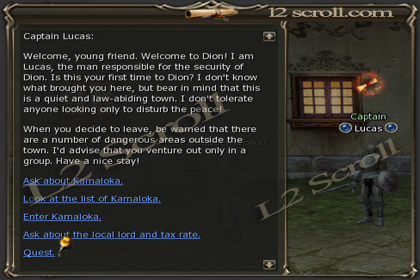 2. Enter Kamaloka and kill the mob or mobs.

3. After get the item of both Kamalokas Hall in the city go to talk to NPC that quest directs you ( a Magister) and get your reward.