Test of the Reformer


1. The quest starts in  Giran Temple with Priest Pupina. She will ask you to go to the Execution Grounds and take out some spirits. 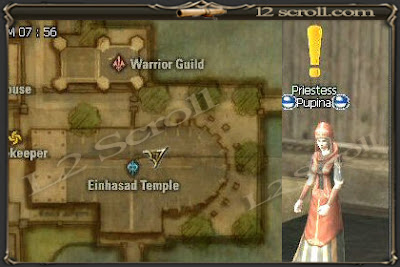 2. Go to Dion and after to Execution Grounds and hunt Nameless (use the skill Disrupt Undead). Kill them till get 7 Ripped Diary and Aruraune will respaw. Kill her and get the Huge Nail. 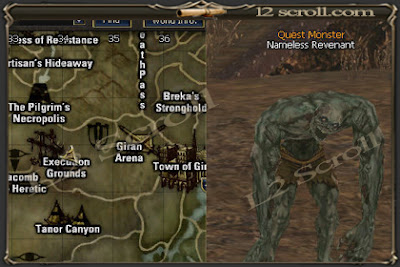 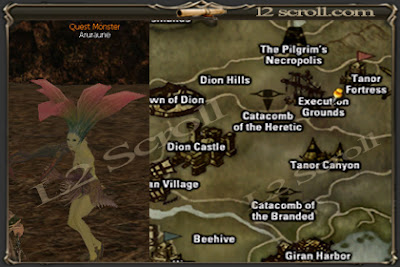 3. Return to Giran Temple and talk to Priest Pupina  and she will give you a Letter of Introduction.

4. Go to Dion and teleport to plains of Dion. Find Preacher Sla. Talk to her and say yes to  whatever she asks and she will give you Sla's Letter. 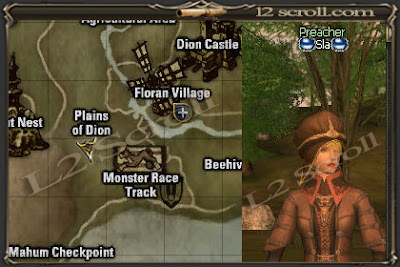 5. Go to Dark Elven Village and teleport to Swamplands. Find Katari. When you speak to her, an Ol Mahum Inspector and Ol Mahum Pilgrim appear. Pilgrim is the GOOD guy! Quickly kill Inspector, leave the Pilgrim alone. 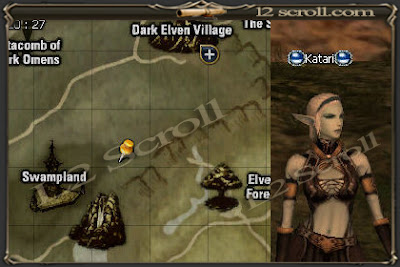 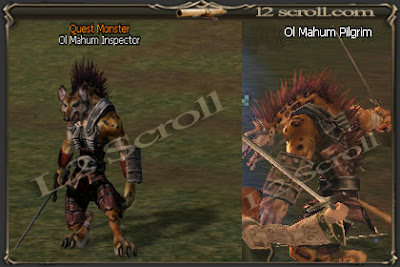 6. Talk again to Katari and  this time, Ol Mahum Betrayer  appears, and runs away! Use Root to hold him down, and kill him. You will earn Letter of Betrayer, speak to Katari again and she will send you back to Sla. 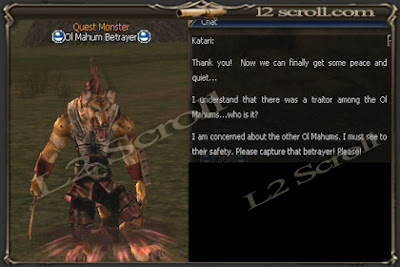 7. Go to Dion and teleport to plains of Dion and talk to Preacher Sla. She will ask you to visit the 3 Ol'Mahum converts hiding in starter towns.

7.1. Orc Village - Kakan - He will ask you to defend against werewolves, only problem is you can only use Wind Strike! Kill Crimsha Werewolf using only Wind Strike and speak to Kakan again. He tells you where the Dwarven Disciple is and you will earn Kakan's Letter. 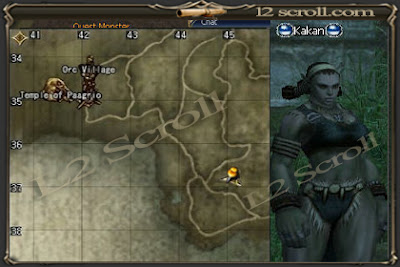 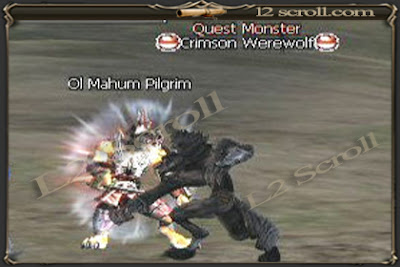 7.2. Dwarven Village - Nyakuri - Speak to her and a Lizardman will appear and attack the Pilgrim, kill the Lizardman and speak to Nyakuri again and you will earn Nyakuri letter 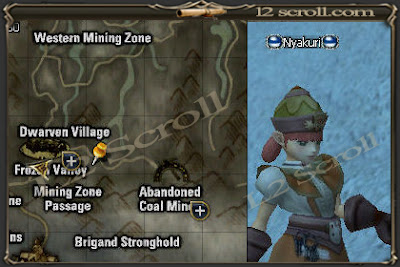 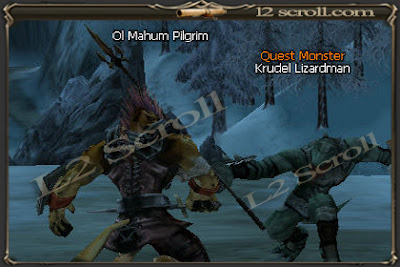 7.3. Talking Island - Ramus - He will ask you to hunt some Undead mobs in Elven Ruins. You have to kill Hunt Silent Horror, Skeleton Marksman, Skeleton Lord, Misery Skeleton, Skeleton Archer till get 5 Bone Fragments. Almost all of these mobs can be found in the "Library" of Elven Ruins. When get the itens return to Ramus and earn Ramus' Letter. 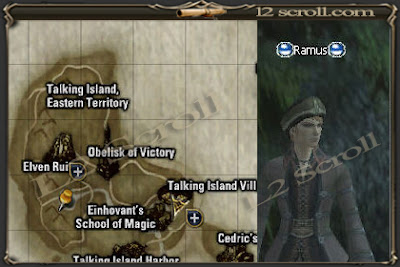 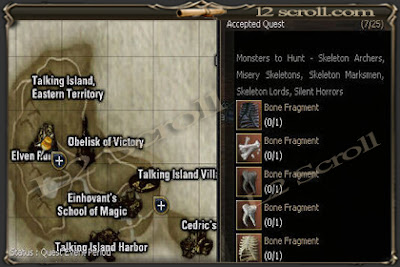 8. Go to Dion and teleport to Plains of Dion. Talk to Preacher Sla and she will give you the Mark of Reformer.
Congratualtions! You have completed the Test of Reformer!