Test of the Maestro


The quest Starts at the Dwarven Village in the elder concil. Talk to Elder Lockirin. Then you have to collect 3 recommendations from the elders below and then complete the quest with Lockirin. 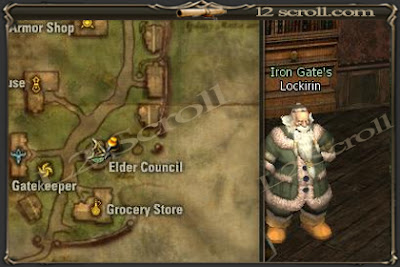 A) Elder Arin will ask you to find Toma. 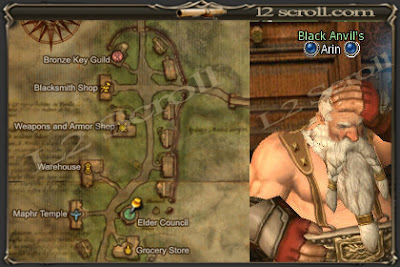 1A- Talk to Elder Arin. Now you have to find Master Toma. He is never in the same place so look at the locations marked on the map below.


Attention: He changes place after an average of 30 minutes.


1 *  At the northern entrance of the Mythril mines


Note: Since CT2 Toma doesn't change of place. He is always in the small island on the north cost (3). 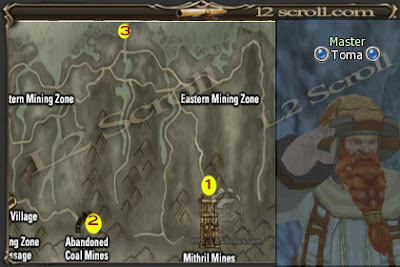 2A- When find Toma talk to him and choose the option "I will help". You will be teleported to somewhere in Dwarven Land with 3 monsters attacking you. Kill them and get Broken Teleport Device. Now go back to Master Toma and talk to him. He will give you 5 teleport apparati.


Warning: Maybe he won't be in the same place.


3A- Return to the Dwarven Village and talk to Anvil's Arin in the elder concil. He will get the 5 teleport apparati and you will get the 1st recomendation. 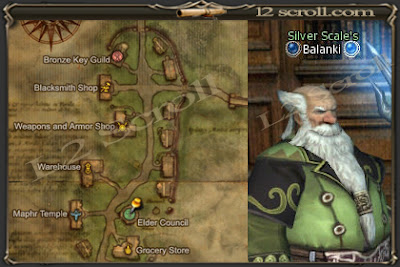 1B- Talk to Elder Balanki. He will send you look for Captain Croto. He is also in Dwarven Village. Chief Croto asks you to find Kamur. 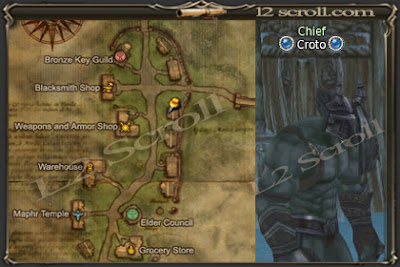 2B- To find Kamur, you should take the gatekeeper to Orc Village. Then travel to the Cave of Trials. In the Cave of Trials, click on Kamur's body. The conversation window will say a monster eye general caused him to die.READ 3B 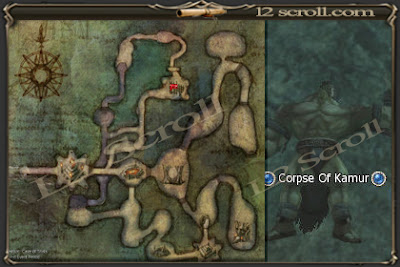 3B- The wall in the direction of his left arm will open. Go through the wall. Find the Evil Eye Lord. If you kill it you will receive the quest item Kamur's Necklace. Go back to Dwarven Village and give it to Croto. 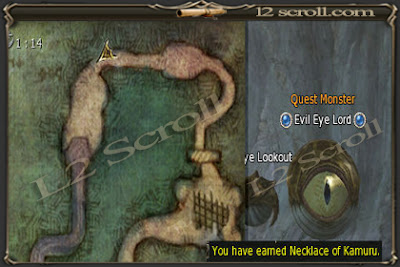 4B- Return to Balanki and he will give you the  2nd recommendation.


C) Elder Filaur will ask you to get a research report. 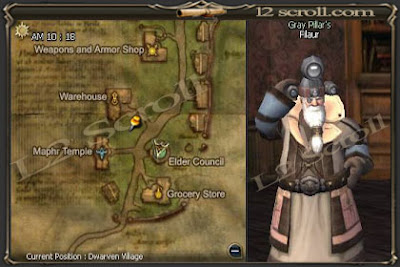 1C- Talk to Elder Filaur. Now you will have to go to Dion and teleport to Cruma Tower. However, you do not need to go in the tower. You need to find Tower Resident Rorein. She is in entrance of Cruma Tower. 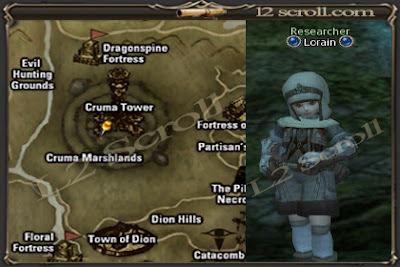 2C- Talk to her and she will ask you to collect 10 Mist Spider's Blood, 10 Weird Bee's poison stinger, and 10 Swamp spider's webs. They are all in the swampy area outside of the tower. 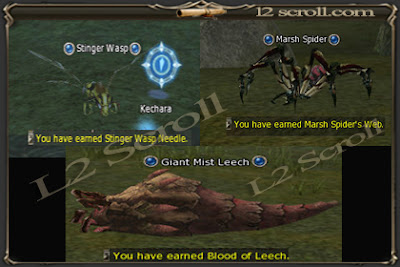 3C- Once you have collected all of them back to Rorein and she will give you a Research Essay.

4C - Return to elder concil in Dwarven Village and talk to Filaur and he will give you the final recommendation.


Now talk to Iron Gate's Lockirin and he will give you the Mark of Maestro.

Congratulations! You finished the Test Of Maestro!

October 12, 2015
The quest can be started at lvl 19, but I advise just start at Level 20 because the new skills will only be available at this level.
1. Talk to Collector Pipi in Bronze Key Guild building in the northwest ofthe Dwarven Village. She will give you Pipi's Letter Of Introduction.


2. Take the letter to Trader Mion in the magic shop at the south of town. Mion is Master Toma's sister, and she will let you know how to find her brother.Mion will ask you to make some deliveries to local area merchants first.

3. She will make you do up to 5(or more) errands for no appearent reason.She will ask for Zimenf's Potion, Broak's Ingot and Sharil's Axe. After will ask you too tp take iten from Blacksmith Bronk inBlacksmiths Shop, Priest of the Earth Zimenf in Maphr Temple and TraderShari in Weapon & Armor Shop.
4. Once you complete her tasks she will give you a letter to her brother, as well as instructions on how to find him.Master Toma likes to wander around…
Read more