1.Talk to Grandmagister Gallint at the human mage starting location, south of Talking Island Viallage. He will give you 3 Gallin's Oak Wands, which once used will become quest items Wand Spiritsound and go into your quest inventory. You MUST use the wands to deliver the final blow to the 3 spirits, but can weaken them with any other weapon/spell. 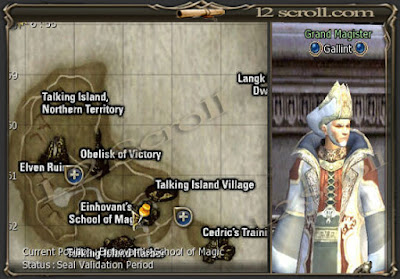 4. Hunt the Werewolf Spirit Of Mirrors (lvl 11 passive). It is on the far west end of the island down by the water, northwest of the waterfall. Since the waterfall pass has a lvl 15 aggresive Giant Spider, you will have to go around the mountains to the north or south. Watch out for the many aggresive monsters in the area, and bring a scroll of escape. 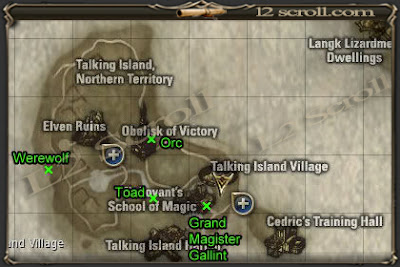 5. Return the 3 wands to Grandmagister Gallint.In addition to Wand of Adept you get various echo crystals, 1000 soul or spiritshots and 100 lesser healing potions.